I'm trying to size down a bit. I'm a bit of a hoarder and I have a relatively small flat with limited storage space, so this got a little out of hand.

As I am planning on remodeling my living room this year, I need some space to store stuff more efficiently.

So, I need to get rid of stuff. If you see something that you'd like, feel free to make me an offer at jan@krutisch.de

Please be reasonable. I won't ship a piano to a different country, let alone another continent. Also, if an item is listed as "free", I'd love to give it away to someone who otherwise won't be able to afford it. All prices given are subject to negotiation, but, again, try to be reasonable. I'm basing my prices on current prices on Amazon or Ebay.

For the record: Items would ship from Hamburg/ Germany

Also for the record: Yes I realize how far away we're from 2018's spring. This took too long to bring online.

Anyway, here are the items 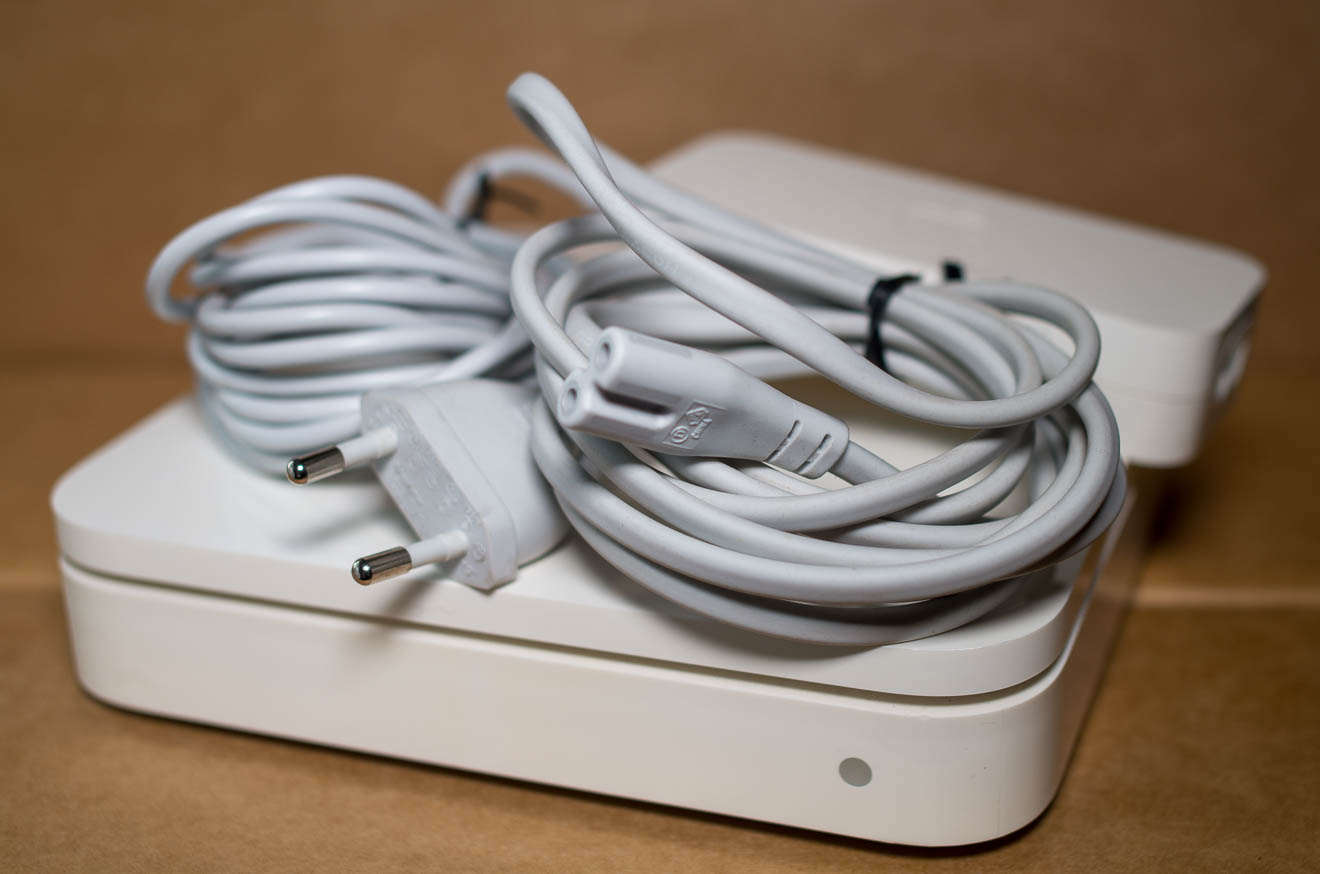 A quite old Airport Extreme (still in the flat style), Model number is A1354 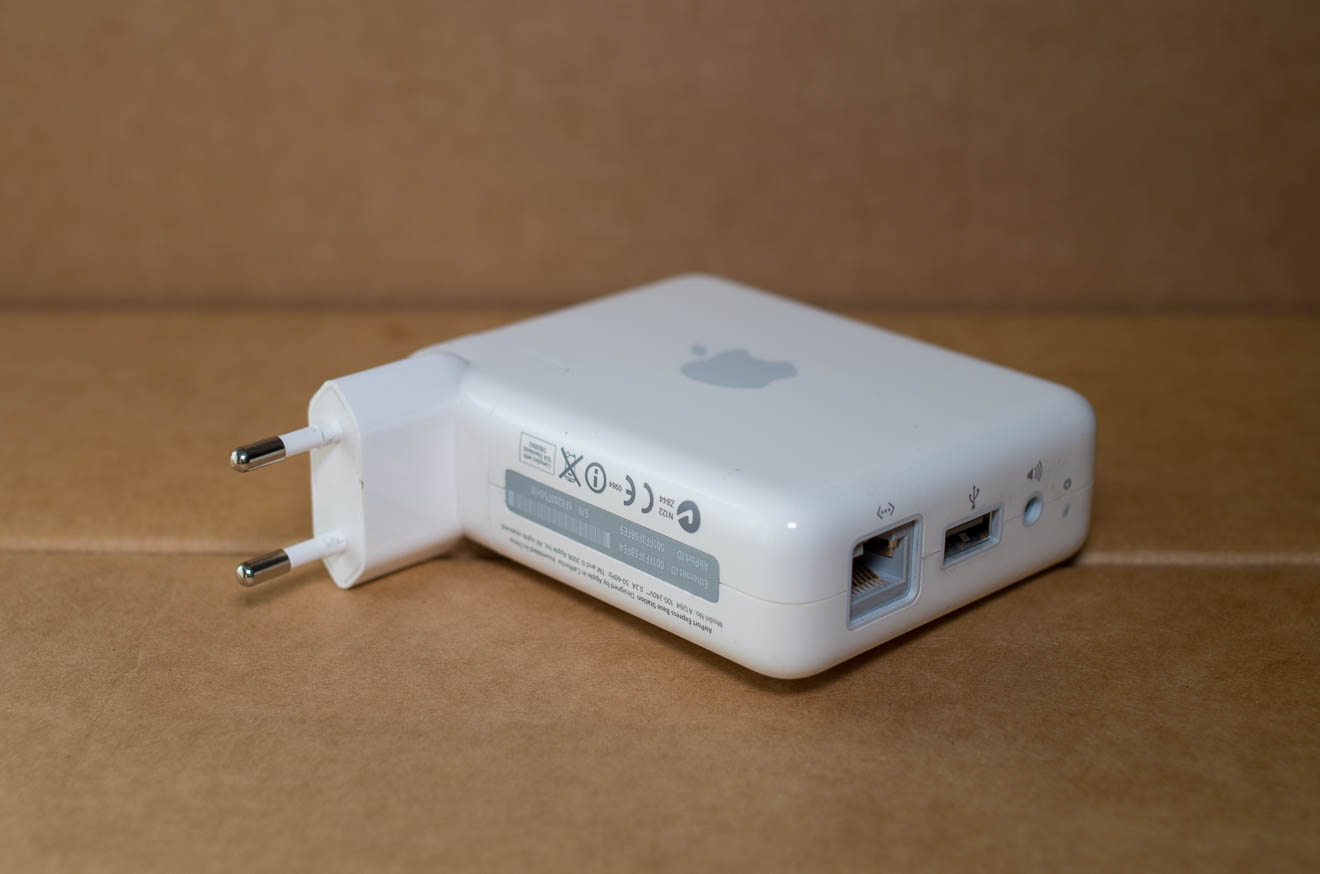 A quite old Airport Express (plug style), Model number is A1264

I actually have two of these. 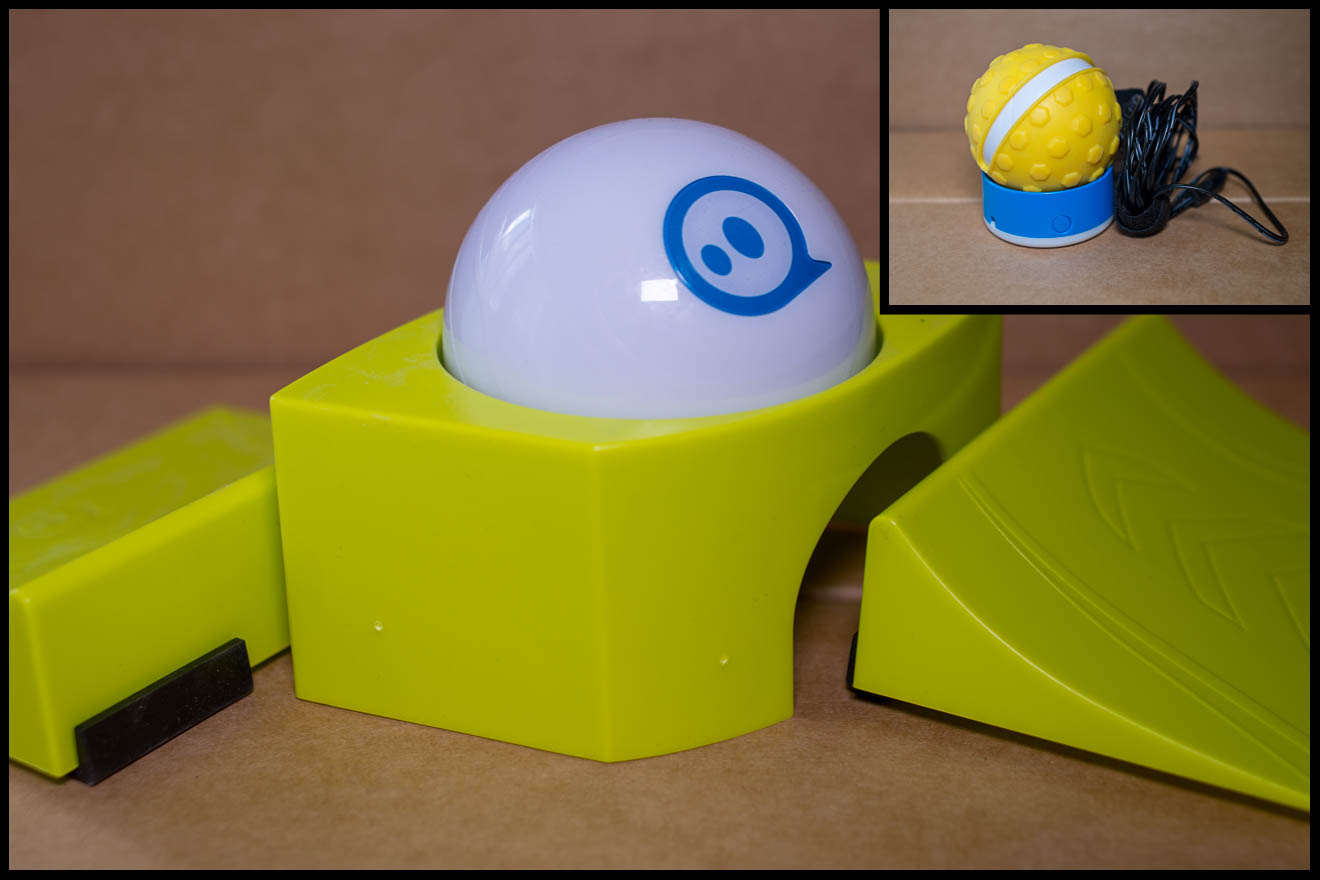 I was very exited to get this back then, but as with so many things never really used it for anything useful. It is a wonderful kids toy and comes with a number of apps that are fun to play with and also allow you to program some autonomous behaviour into the robot.

The set should be complete (with ramps and all) and includes third party silicone case which makes it slide less on slippery surfaces and less damaging on contact. 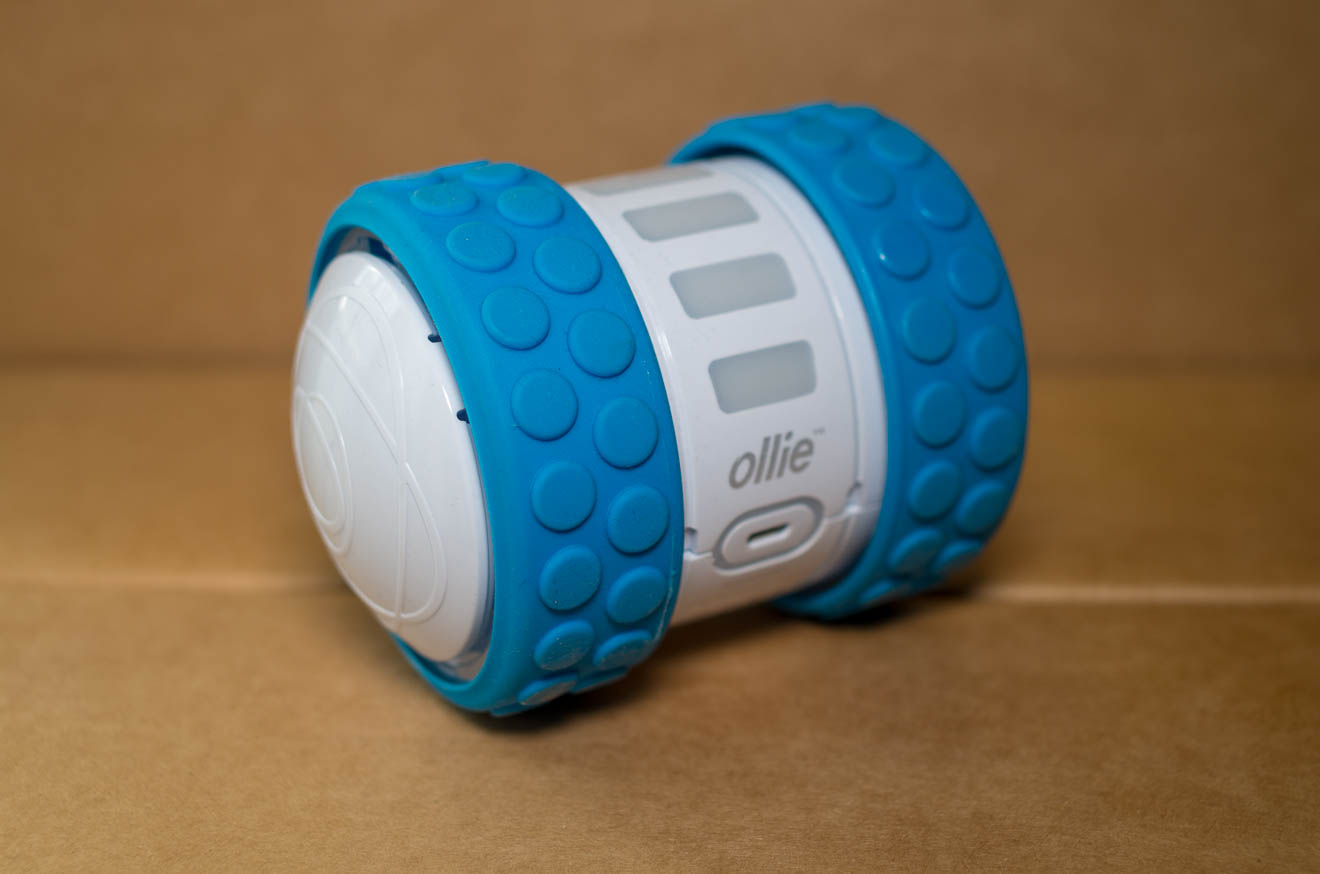 Same as with the Sphero, it’s been quite the expensive paper weight. It’s a fun thing to play with and someone with kids would probably enjoy this. It’s surprisingly fast. 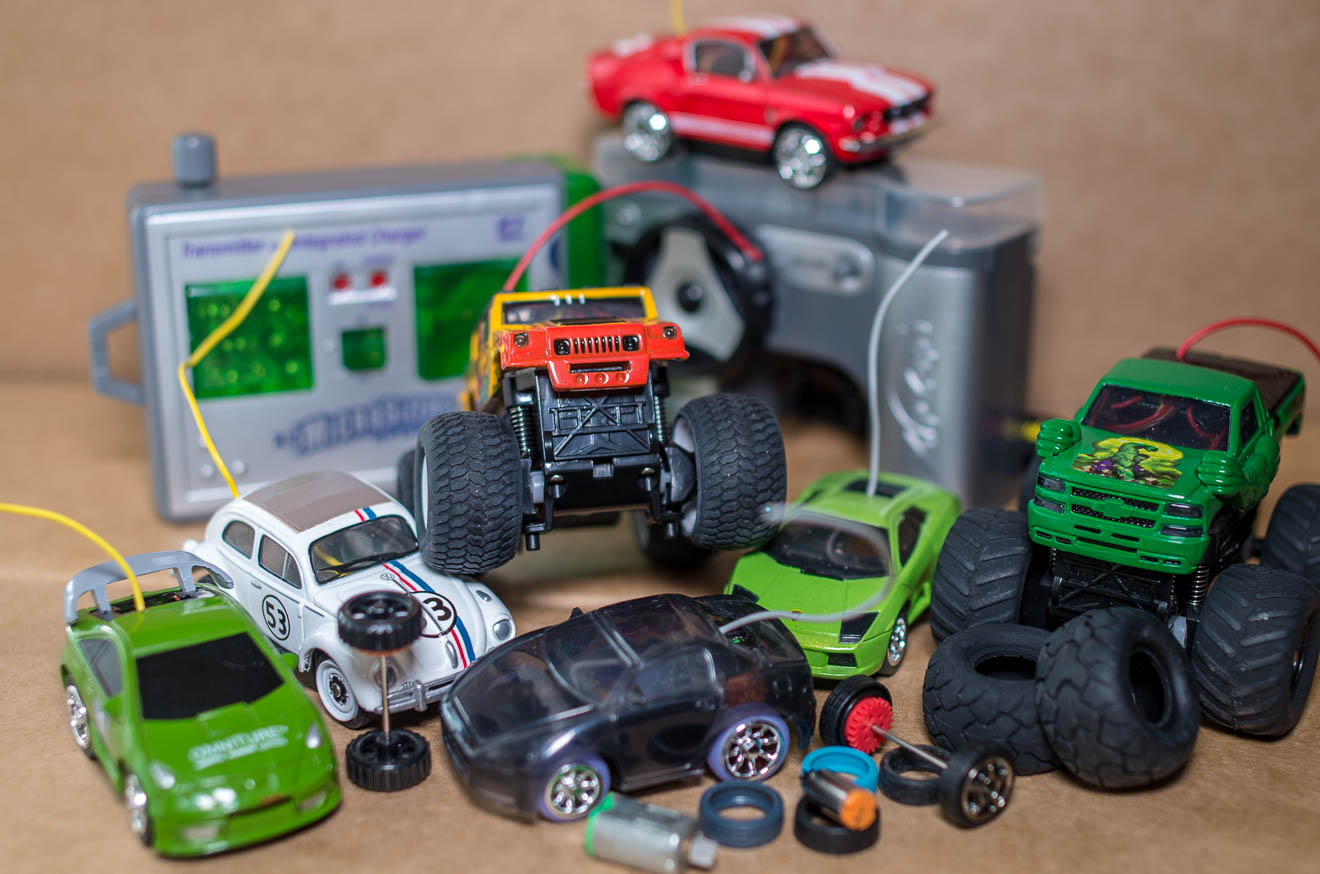 ZipZaps (later rebranded as XMODS Micro RC) are some sort of Microsizers clone by Radioshack.

These haven’t been used for quite a while and most of them probably need new batteries. Their conditions vary wildly and there are a couple of things that are broken (one of the Microsizers has a broken motor holder clip, for example).

That being said, the set includes a couple of rare cars, especially for europe:

Also comes with a certain amount of tuning parts. (The image just shows a very small selection of these parts. If you’re interested, I can try to do a full inventory)

I would also include a third party handbuilt quick charger I bought back in the days. It’s for EU power plugs only and needs the standard 220-240V

Condition:
Variying. Probably lots of damaged/ out of shape batteries in the cars.
Expected compensation:
No idea, make me an offer. 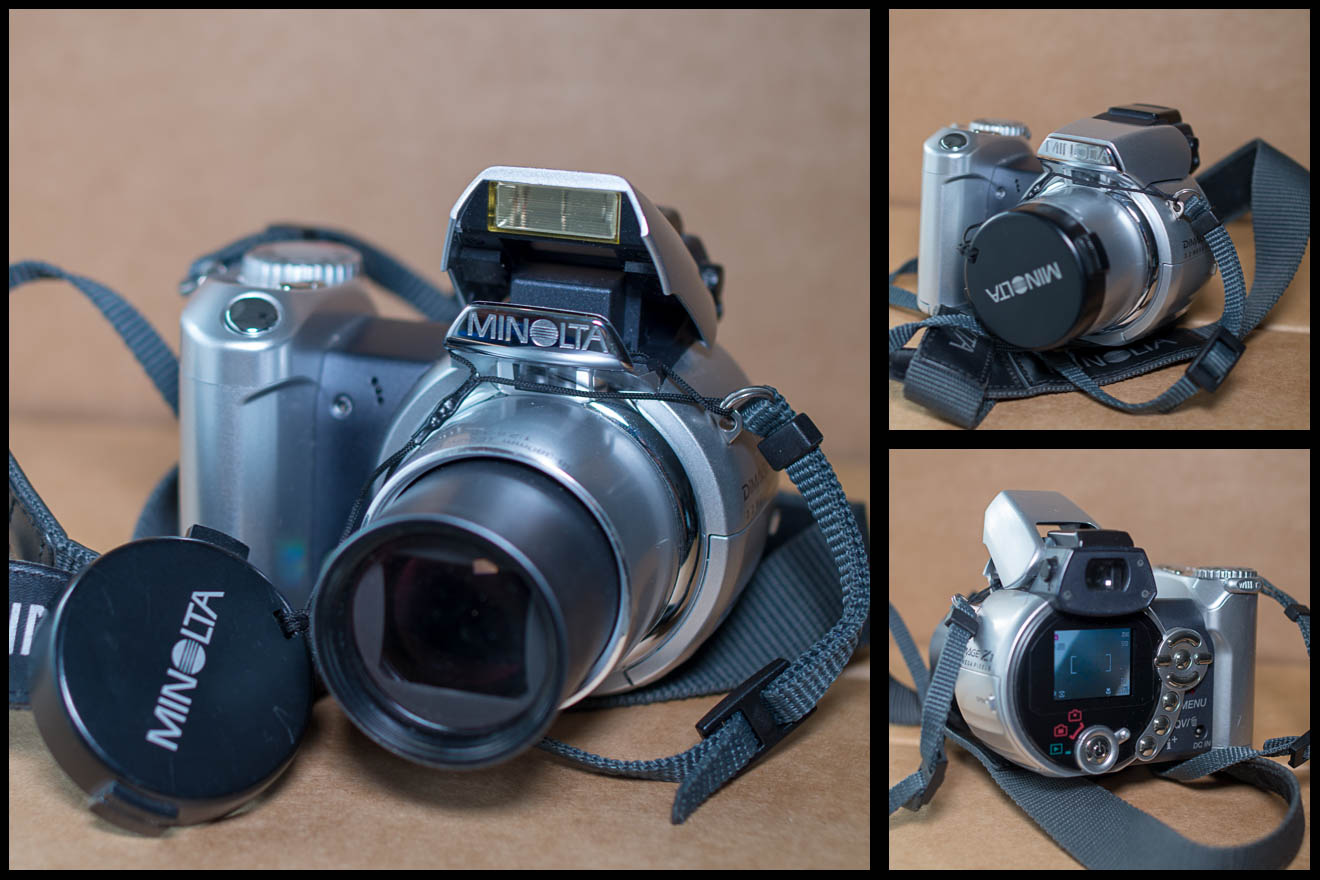 The Minolta Dimage Z1 was a very affordable Superzoom camera at the time and my second Digicam ever. I bought it somewhere around 2003, I guess.

Given its age, it’s in pretty good condition, most importantly, for some magical reason the weird display mechanism that allows you to switch between a digital viewfinder and the back screen (by moving the screen around on a finicky mechanism) seems to work find.

I have fond memories for my last non DSLR dedicated camera, but the reality is, 3.2 Megapixels and a tiny, noisy sensor together with a very slow (especially under difficult conditions) autofocus makes this a thing of the past.

Still, I would like to give it to someone who can’t afford a bigger camera or to a photo enthusiast kid you would not yet trust with a proper DSLR.

Condition:
Given it's from 2003, surprisingly ok. It's a cheap plastic casing, so expect scratches.
Expected compensation:
Free