I am available for hire, but given my other commitments, only on a day-by-day or at least week-by-week basis.

What am I good at? Glad you asked. I am an all round web developer. This means that I am able to write semantic HTML (As usual, this page is probably not the best example of my work), can generate this HTML with a wide range of server technologies, although I am definitely most fluent in Ruby, write pretty decent JavaScript, even for complex applications, and can style the whole semantic mess with my knowledge of modern CSS.

I have some expertise in creating mobile applications with HTML and Javascript, using various frameworks or simple standards based mechanisms such as media queries

I am also, should the need arise, available for pure consulting work, for example examining technical feasibility for a project.

My daily rate pretty much depends on the customer, the timeframe and the work that needs to be done, but please don't ask me for a daily rate of 200 EUR or to work purely for equity. For one I am relatively risk averse and also I am very, very good at what I do.

Projects I've been involved in 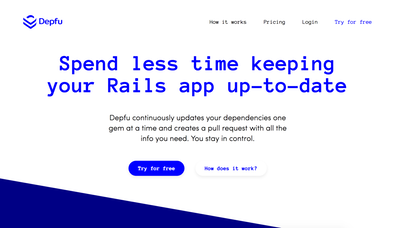 Depfu is a company I've cofounded with my friend Florian "theflow" Munz.

Depfu helps your team to keep your dependencies up to date (For currently Ruby, JavaScript, Elixir and PHP projects).

Surprisingly, it is built in Ruby, with Rails and with minimal help of JavaScript where it made sense in the UI.

Novation is a very successful maker of wonderful synthesizers, controllers and other musical devices.

I started out (and am still working on as part of a team) the Components web application, which uses Web MIDI and Web Audio to allow you to manage content, configure and even update all new Novation devices.

The app is built using Ember.js and runs on Blink browsers and as a standalone Electron application.

GPredictive is a Hamburgian startup that helps retailers to optimize their print and online campaigns by using machine learning.

I was responsible for the development of the web application that will become the centerpiece of GPredictive's product offering in 2016.

I've also helped a bit with building prototypes for internal tools and put on my old rusty recruiting hat at the end of 2015.

liv3c0der is a live coding music performance tool based on Web Audio technology I've built for a live act once and have been continuously improving for some years now.

It's kind of the gift that keeps on giving, I've given more talks on this tool (and the Web Audio API) than on any other subject.

You can find more info on the web siteor on github. 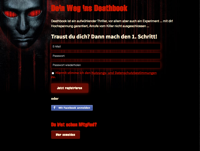 Also part of the project was building a web app that would orchestrate several out-of-book interactions such as text messages, emails and even phone calls depending on the reading position of the reader.

I very much enjoyed working on this with my wallpo.st partner in crime, Benjamin Rabe. 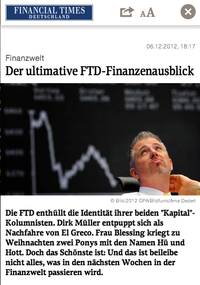 The new mobile website of the now defunct financial times deutschland was a rather short lived project. I really enjoyed building both the prototype with the amazing precious forever and the final product with a team that included my dear friends Dennis Reimann and Eckhard Rotte.

Technically speaking, the app is built in a minimal amount of PHP (the backend is based on the standard G+J CMS and our little team had nothing to do with it) and liberal amounts of JavaScript with an app largely based on Backbone.js 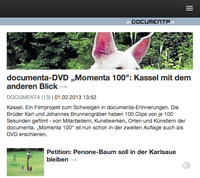 A quick project for my single largest client in 2012, dpa infocom. We built a smallish app based on bottle.py that consumed the content API of the HNA CMS (HNA being the client we built this for) and served it as a twitter bootstrap based responsive web site that used a little JavaScript for making the whole thing web app capable (which means that if you install the app to your iOS home screen, clicking links doesn't leave the web app container) and some gallery swipey-thingie. 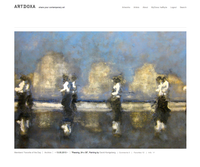 A very cozy but active arts community by a hamburgian artist and illustrator named Jochen Hein. This was the first Rails project my splendid former employer mindmatters.de ever did, and the code based has been laying dormant for a few years after it became clear that it was not viable for both Jochen and mindmatters to keep maintaining it. After I started freelancing in early 2012, I became part of the artdoxa team and I am now currently in the rather tedious process of refactoring that old app from the inside out to make it more feasible to start actively developing on that code base. Watch this space

Another private hobby project: I love T-Shirts and straightouttacotton.com aims to be just a very comprehensive database of cool, funny or simply beautiful T-Shirts (and the occasional hoodie). 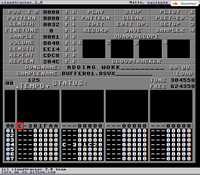 Done with my buddy Sven Steinheisser at the Music Hackday Amsterdam in 2012, the cloudtracker is a functional web version of Protracker, a four track, sample based music creator written for the AMIGA. It uses the Web Audio API to render the .mod files in real time.

Done for the Audio version of the Mozilla dev derby, this is basically only the player of cloudtracker (with, if you are inclined to know, a different library in the background to unify sound output). .mod-file parsing and replay is all done in javascript. Technically works on iOS-devices, currently borks on the security prescriptions of mobile webkit.

For now, please feel free to take a look at my GitHub Account to see my open source projects and contributions.

Keep your App's dependencies reasonably up to date